The Texas Book Festival celebrates the culture of literacy, ideas, and imagination, experienced by more than 20,000 people each year through the annual Festival weekend in and around the state Capitol. The Texas Book Festival also produces the Texas Teen Book Festival, gives grants to public libraries, offers the Reading Rock Stars program to connect children’s authors with low-income elementary school children, and produces year-round literary programming. Brenda Thompson Communications served as the Festival’s public relations agency from 2012 through 2015.

Brenda Thompson Communications greatly expanded statewide and national visibility for the Festival by increasing media contacts and coverage, positioned it as one of the nation’s premier literary events, helped attract a new generation of diverse attendees and supporters, forged important and lasting partnerships, and exponentially increased its year-round engagements with key audiences. 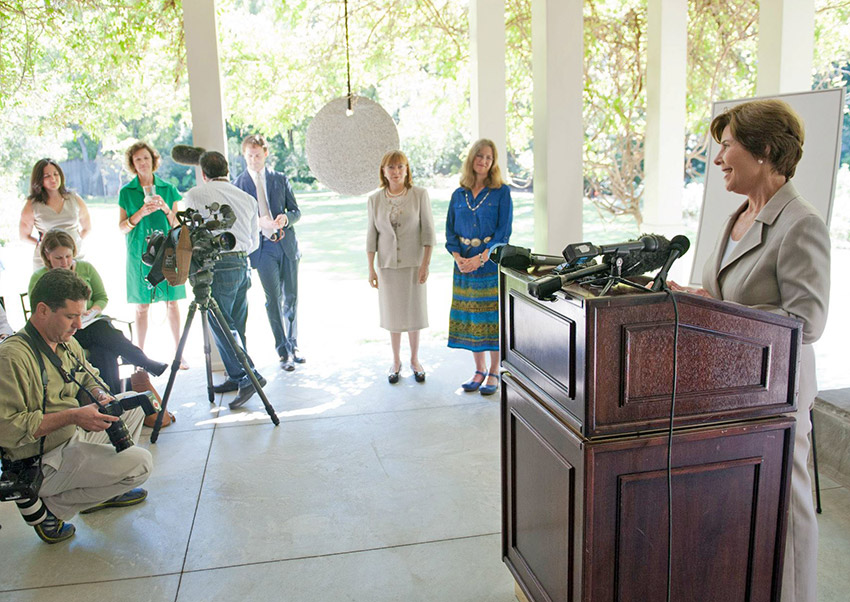 Examples of our strategies included:

Major media placements across the nation and in Texas

In 2015 alone, Brenda Thompson Communications garnered 2,118 print and online stories, and 574 broadcast stories for the Texas Book Festival. The total viewership of broadcast stories was 7,241,865, and the publicity value was $647,330.24.

Brenda Thompson Communications created the year-round editorial calendars and all of the content for the Festival’s social media platforms, including Facebook and Twitter, and started its Instagram and Pinterest accounts. We established an official hashtag (#TXBookFest) that gained 521,305 impressions during the 2015 Festival, and exponentially increased engagement. Social media accomplishments in 2015 included:

Campaigns for the Festival’s 20th anniversary, and the new Texas Teen Book Festival

Brenda Thompson Communications created public relations campaigns for two major milestones in the Festival’s history: its 20th anniversary in 2015 and its acquisition of the Texas Teen Book Festival in 2014.

For the Festival’s 20th anniversary, 20 stories were collected from prominent Festival authors, attendees, volunteers, and supporters. We shared these stories on social media and the blog, in a life-size timeline at the Festival, and recorded stories in the studio for NPR’s Texas Standard radio show. Brenda Thompson Communications also announced 20 major authors at the “sneak peek” reveal event—20 authors for 20 years— which helped to create buzz and attention for the anniversary as well as the Festival.

Crisis to opportunity for fostering and celebrating cultural diversity

When the Texas Observer published an op-ed criticizing a perceived lack of Latino and Latina representation at the Texas Book Festival in 2013, the organization came under scrutiny for the lack of diversity in its author lineup. Over the next year, Brenda Thompson Communications ramped up efforts to feature multi-cultural authors and books in social media posts, email newsletters, and story pitches to minority-focused reporters and outlets.

The increased emphasis on minority authors and topics helped to mitigate the damage and restore the Festival’s reputation as an organization that champions diversity.

“Brenda’s thorough and thoughtful approach to PR has helped the Texas Book Festival immensely. She provides sound guidance delivered with wit and compassion, and continually puts her connections to work for our benefit. We love working with her and her team, and it’s a bonus that the woman loves to read and talk about books!”