Don’t Mess with Texas:
The nation’s favorite slogan & the book

The slogan “Don’t Mess With Texas” has been appropriated by everyone from presidents to romance authors, and is known around the world as an anti-litter battle cry that achieved remarkable results—litter was reduced by 72 percent in 10 years thanks to the famous advertising campaign.

GSD&M hired Brenda Thompson Communications to help win the AdWeek-sponsored competition for the nation’s favorite slogan, and to launch and promote a book telling the behind-the-scenes stories of the people who created and starred in the campaign. 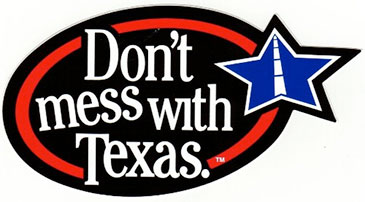 Even though 95 percent of Texans recognize Don’t Mess With Texas, the slogan was a serious underdog in the contest, with competition including Got Milk?, Just Do It, What Happens Here Stays Here, and 21 other slogans used in nationwide campaigns. Don’t Mess With Texas was the only slogan used in a single state.

Don’t Mess With Texas wins in a landslide

The result: Don’t Mess With Texas won the campaign in a landslide, and less than a month later we traveled to New York City with DMWT author Tim McClure, co-founder of GSD&M, and representatives of the Texas Department of Transportation for whom the slogan and campaign were developed, to see a parade of famous advertising icons followed by the installation of a permanent plaque recognizing DMWT on the Madison Avenue Advertising Walk of Fame.

Don’t Mess With Texas: The Story Behind the Legend

The timing was serendipitous, as Brenda Thompson Communications had also been engaged by GSD&M to plan and execute the launch of Don’t Mess With Texas: The Story Behind the Legend, a book by McClure and Roy Spence, another co-founder of GSD&M. The book launch began with a signing at the agency, where artists from the campaign including Joe Ely and Johnny Dee and the Rocket 88s performed, and continued with national and statewide media attention, signings, and author appearances.

Media coverage included an Associated Press story picked up around the world; syndicated newspaper columns; unique features in eight different statewide daily newspapers; in magazines including Texas Monthly, Alcalde, Kirkus Discoveries, and Texas Highways; and on Texas radio and television stations. In addition to media interviews, we planned a number of book signings for McClure in New York and in Texas, and booked speaking engagements at UT and at the Texas Library Association’s statewide conference, among others.

“Brenda Thompson is a Texas legend in my book. She consistently goes above and beyond the call of her assignment, which is high praise from a founder of GSD&M. Don’t Mess With Texas: The Story Behind the Legend has been successful because Brenda has willed it to be successful, putting us in front of major players and making sure that our book signing audiences were enthusiastic and motivated to buy. She’ll be in the trenches with us anytime we go into a book marketing battle.”