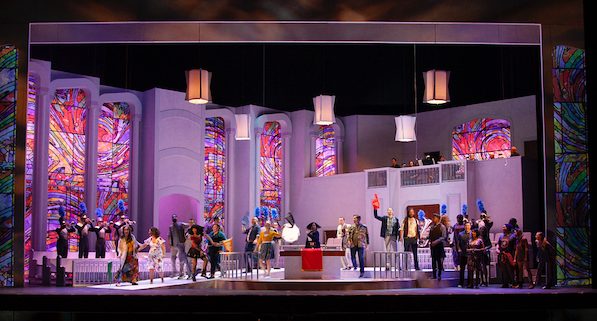 In another accolade for Merick Strategies’ unprecedented, beyond-expectations production of Bernstein100Austin—the groundbreaking Austin production of Leonard Bernstein’s MASS: A Theatre Piece for Singers, Players, and Dancers—Austin Chronicle arts critic Robert Faires has named the production one of his Top 10 Dance and Classical Joys of 2018.

Bernstein100Austin was the largest arts collaboration in the city’s history, involving more than 300 local performing artists and production experts, a year of events (in Austin, around the country, and as far away as Australia), hundreds of sponsors and donors, a thousand students and family members (who attended a special dress rehearsal), and nearly 5,000 people who packed the Long Center for two nights of sold-out performances June 29 and 30.

The success of the production, more than two years in the making, made it possible for the producers to give grants from the proceeds to 31 of Merick Strategies’ nonprofit collaborators.

ThunderCloud Subs gives largest donation ever to Caritas of Austin from Turkey...