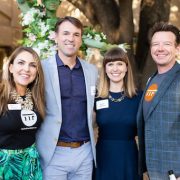 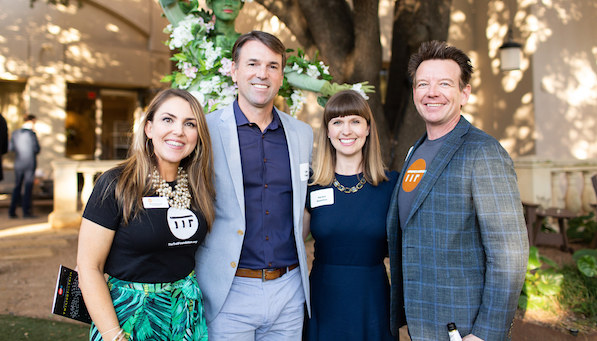 Colin Corgan, retired partner with Goldman Sachs, is the donor, and the Foundation’s Canopy Fund will be named in his honor. The Fund will serve as a reserve of dollars for trail projects already in the pipeline, and will be replenished by community fundraising. END_OF_DOCUMENT_TOKEN_TO_BE_REPLACED 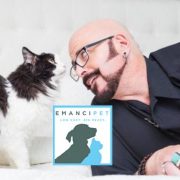 Emancipet, the nonprofit on a mission to make veterinary care affordable and accessible for all pet owners, was featured on “Cat Daddy” Jackson Galaxy’s television show My Cat From Hell on Animal Planet on Oct. 20. If you missed it, click here to stream the full episode.

The episode was shot in Philadelphia, where Emancipet has a clinic, and featured CEO Amy Mills and Emancipet staff working with other nonprofits and volunteers to trap/neuter/release community cats (also known as feral cats). It was an emotional and dramatic episode and was the finale of this season of My Cat From Hell. During the show, Emancipet announced a new initiative and fundraising effort to help even more community cats and their caretakers in Philadelphia and the other four cities where Emancipet has clinics, and to help Emancipet expand to even more cities across the U.S.

END_OF_DOCUMENT_TOKEN_TO_BE_REPLACED 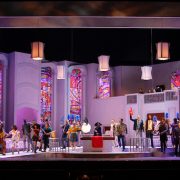 The unprecedented, beyond-expectations success of Bernstein100Austin, the groundbreaking Austin production of Leonard Bernstein’s MASS: A Theatre Piece for Singers, Players, and Dancers more than two years in the making, has made it possible for the producers to give grants from the proceeds to 31 of the nonprofit collaborators, producers Merick Strategies announced today.

The production was the largest arts collaboration in the city’s history, involving more than 300 local performing artists and production experts, a year of events (in Austin, around the country, and as far away as Australia), hundreds of sponsors and donors, a thousand students and family members (who attended a special dress rehearsal), and nearly 5,000 people who packed the Long Center for two nights of sold-out performances June 29 and 30. END_OF_DOCUMENT_TOKEN_TO_BE_REPLACED 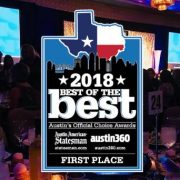 The Austin American-Statesman announced the winners of its inaugural “Best of the Best” Awards, and we’re thrilled to announce two of our clients won first place in their categories. Congratulations Dr. Michael C. Bell, DDS, PC on winning Best Dentist, and to ThunderCloud Subs on winning Best Sandwich Shop!

To read the Austin American-Statesman insert listing the winners and nominees in each category, go to http://statesmanmedia.com/epaper/bestofthebest/2018/. Photos from the event can also be viewed at https://www.statesman.com/photogallery/TX/20180928/NEWS/928009997/PH/1. END_OF_DOCUMENT_TOKEN_TO_BE_REPLACED