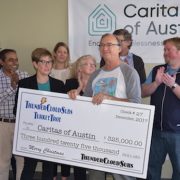 The owners of ThunderCloud Subs presented Caritas of Austin, a local nonprofit that works to prevent and end homelessness in Austin, with a check for $325,000, the proceeds raised at the 27th annual ThunderCloud Subs Turkey Trot held on Thanksgiving Day.

ThunderCloud donates all of the proceeds from the annual event directly to Caritas. This year’s donation brings the cumulative total raised for Caritas to nearly $3.5 million— $3,438,375 to be exact. END_OF_DOCUMENT_TOKEN_TO_BE_REPLACED 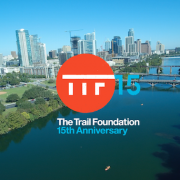 State of the Trail previews TTF’s 15th anniversary in 2018

At The Trail Foundation’s annual State of the Trail address on Dec. 8, TTF’s executive director Heidi Anderson (formerly Cohn) announced 15 new projects in honor of TTF’s 15th anniversary next year. Slated for completion on the Ann and Roy Butler Hike-and-Bike Trail over the next five years, the projects range from new trailheads and bathrooms to new water access points and playgrounds.

To pay for the 15 projects, The Trail Foundation also announced the creation of the Canopy Fund, in which donations will be dedicated to finance the initial phases of each future project. Nine projects are on the east side of the Trail, four on the west, and two along the entirety of the 10-mile Trail. END_OF_DOCUMENT_TOKEN_TO_BE_REPLACED 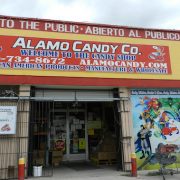 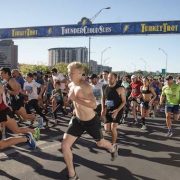 The 27th annual ThunderCloud Subs Turkey Trot benefiting Caritas of Austin was a huge success attracting more than 20,000 runners. ThunderCloud will reveal the amount of money this year’s Trot raised for Caritas at a check presentation event on Dec. 20.

We’ve shared a few of our favorite photos from the Trot below, and event recap information including the 2017 raffle winners, run results, media coverage stories, and more can be found at thundercloud.com. As always, we had a blast at the Thanksgiving Day tradition and are already looking forward to next year!

END_OF_DOCUMENT_TOKEN_TO_BE_REPLACED 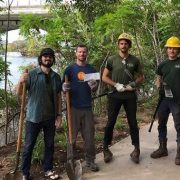 The Trail Foundation‘s longtime partner Patagonia generously donated $8K to fund its work with Texas Conservation Corps at American YouthWorks. These funds can be tied to much of the recent ecological restoration work TTF has been doing along the entirety of the Ann and Roy Butler Hike-and-Bike Trail. For more details, visit http://bit.ly/2AQ1QKM. END_OF_DOCUMENT_TOKEN_TO_BE_REPLACED